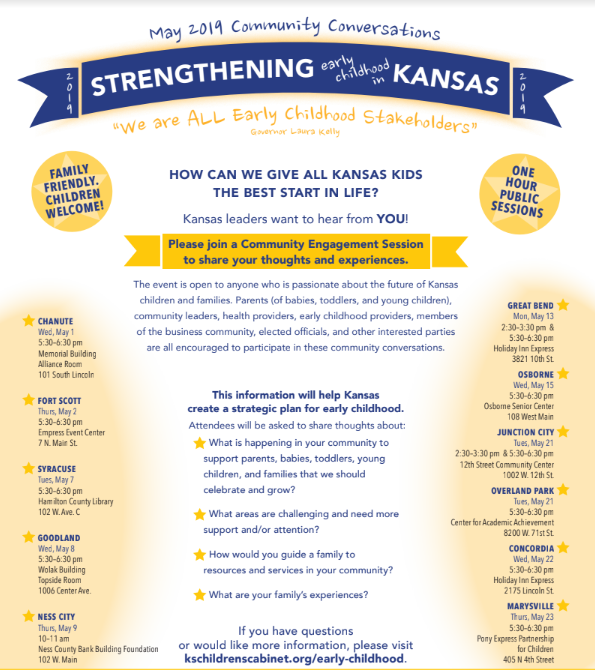 We are ALL Early Childhood Stakeholders! Passionate about the future of Kansas children and families? Join us for a Community Engagement Session. These sessions will help Kansas create a strategic plan for early childhood. 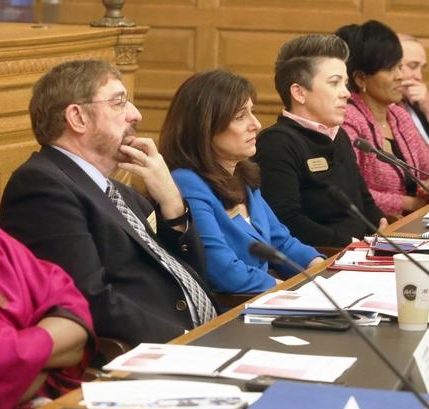 Gov. Laura Kelly left budget and policy fingerprints Thursday at the Kansas Children’s Cabinet meeting focused on potential of innovative community programs to improve preparation of at-risk kids under age 5 to find success in school. Kelly said the Legislature ought to quit draining away millions of dollars in tobacco settlement payments so Kansas could […] 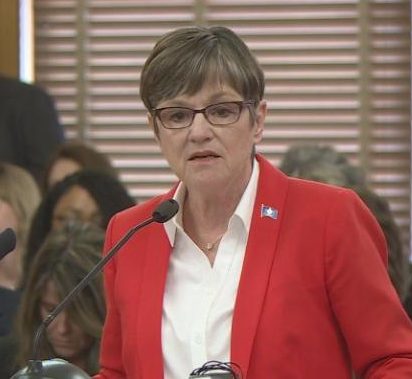 A Kansas organization is hoping to strengthen early learning education after Gov. Laura Kelly signed a new education bill over the weekend. Kelly spoke to the Children’s Cabinet meeting Thursday morning in the old Supreme Court room at the Statehouse. Children’s Cabinet is a group that supports early childhood programs in Kansas. It gets its […] 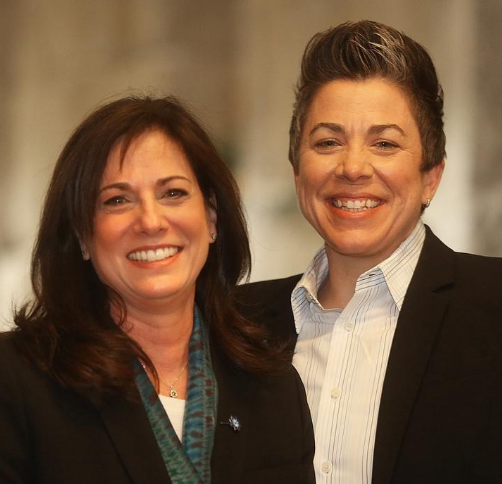 Melissa Rooker’s belief in power of investment in early childhood education was deepened through absorption of fresh evidence Kansas missed opportunities to improve health and well-being of kids under age 5. Rooker, a former Republican state representative, was hired in February by Democratic Gov. Laura Kelly to serve as executive director of the Kansas Children’s […] 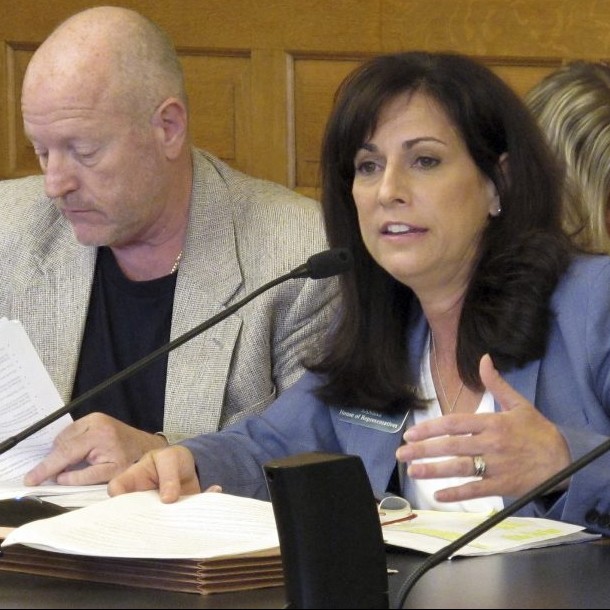 Learning from the Kansas tax experiment

The state of Kansas cut taxes in an effort to supercharge the economy, but it didn’t work. Jason Carroll reports.

Do tax cuts spur growth? What we can learn from the Kansas budget crisis

Four years ago, businesses in Kansas went from paying over 6 percent taxes to paying nothing at all, as part of a Republican experiment to boost the limp state economy. But when the massive drop in tax revenue destabilized the economy lawmakers started slashing the budget and social programs and underfunding schools. Economics correspondent Paul […] 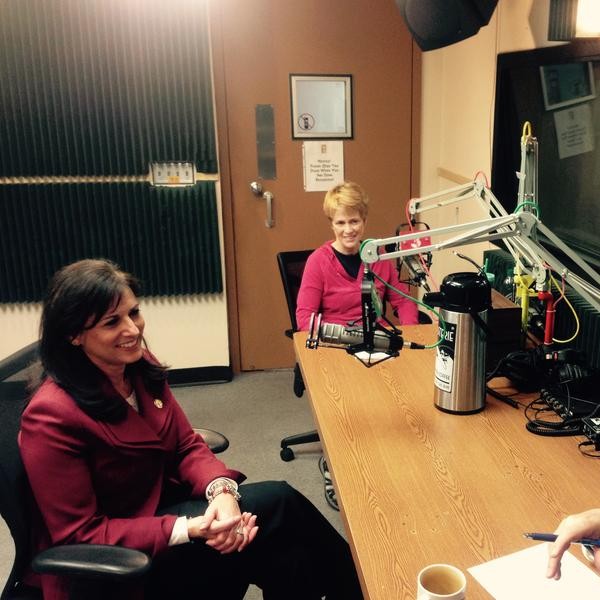 The Complicated Path To A Kansas School Funding Formula

As the K-12 Budget Committee in the Kansas Legislature holds hearings on a proposed school funding formula, Rep. Melissa Rooker (R-Fairway) is uncertain the plan puts enough money back into schools. 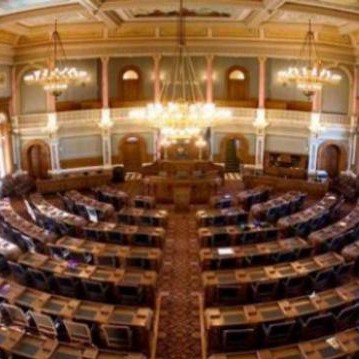 Applause broke out during a gathering of House Democrats on Thursday. They have watched throughout the years legislation they don’t support regularly pass and had their amendments voted down, but House Democrats experienced one of their best days in recent memory this week. The chamber voted Wednesday to override Gov. Sam Brownback’s veto of a […] 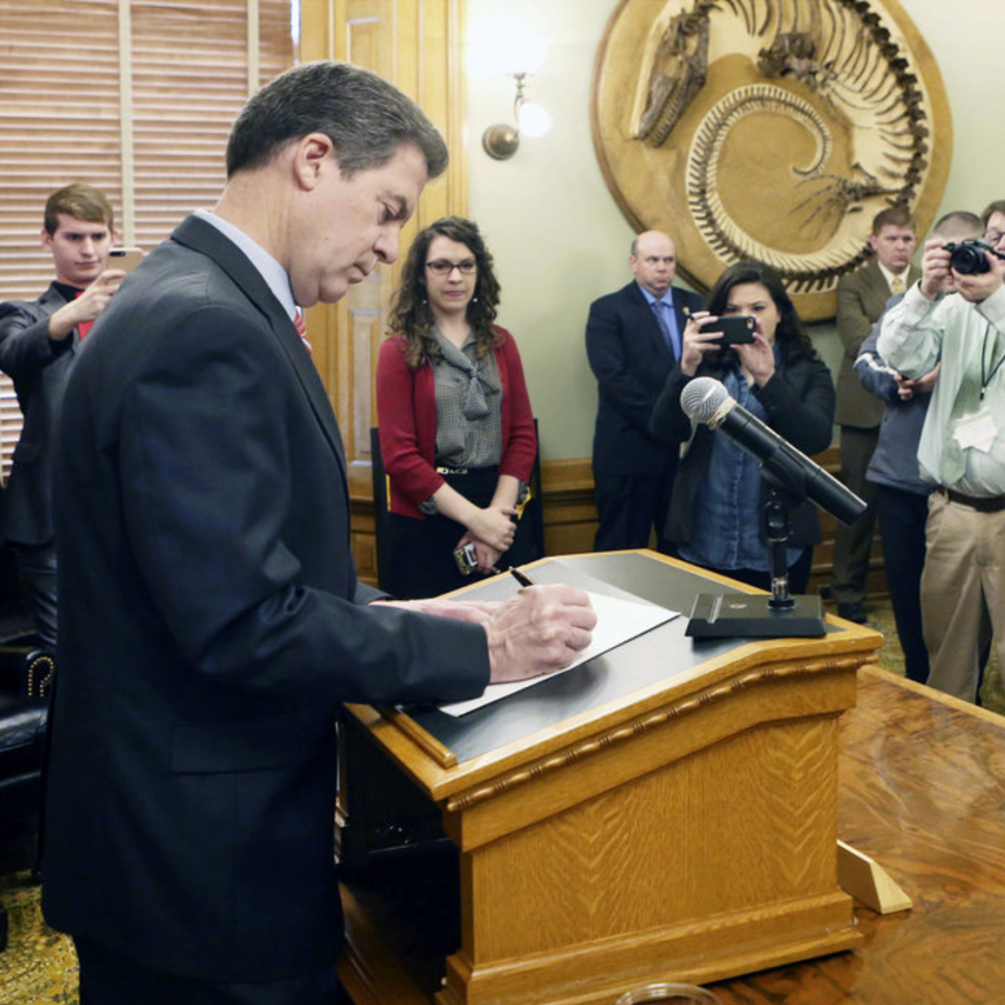 Kansas Gov. Sam Brownback’s ambitious tax overhaul — which slashed taxes for businesses and affluent households, leading to years of budget shortfalls — narrowly survived a mutiny Wednesday afternoon when about half of Republican lawmakers joined Democrats in an effort to overturn it. Brownback, a Republican who once called his tax policy a “real-live experiment” […]

A series of votes Wednesday in the Kansas House is expected to give a clearer picture of the strength — or the limits — of a coalition of Democrats and moderate Republicans who are competing with conservatives for control over the direction of state policy on a wide range of issues. That coalition, which many […] 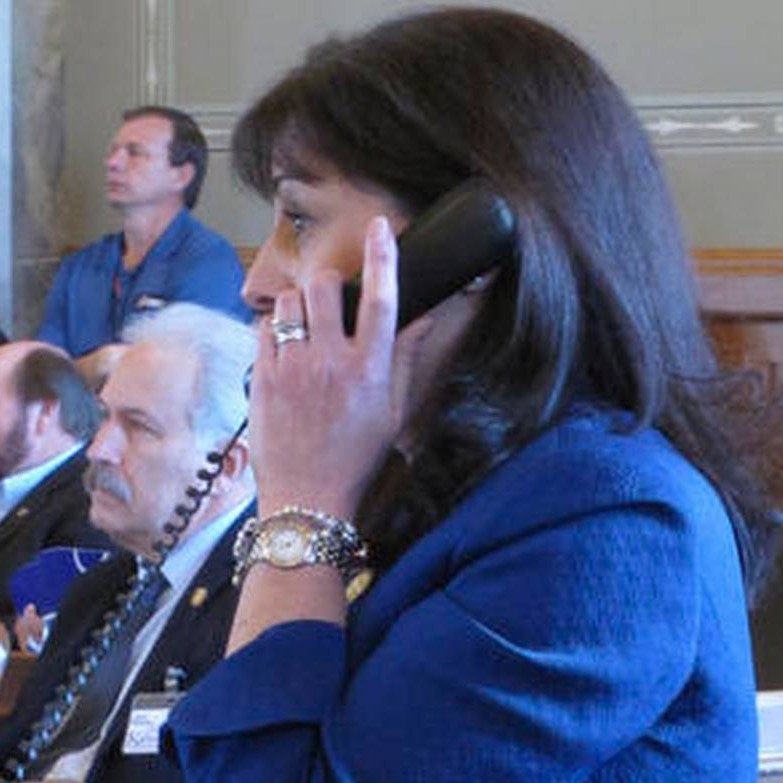 Three years after Kansas conservatives repealed guaranteed public school teacher tenure as part of a broad school funding plan, the House voted Tuesday to restore it. The amendment that passed 68 to 54 requires due process when a teacher’s contract is terminated, which supporters say protects teachers from wrongful termination but does not shield bad […] 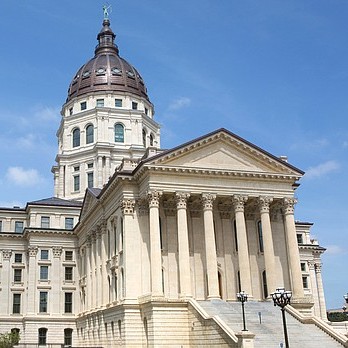 The chairman of a House committee charged with crafting a new school finance formula plans this coming week to start reviewing the bills that have been introduced so far, and could open formal hearings on one of the bills as early as Thursday. “It takes a while to get them assigned to the K-12 (Education […]

A civil rights advisory panel is urging a more thorough review of a Kansas voting law after finding evidence that the law may be disenfranchising voters of color. Kansas passed a law in 2011 that set up requirements that voters must show a photo ID at the polls and must provide proof of citizenship when […]

Kansas lawmakers are finally tackling one of their toughest problems— how to pay for K-12 education. On Monday a select group of lawmakers, the K-12 Education Budget Committee, began discussions on a new school funding formula. “Our biggest job this session is crafting a new school finance formula,” said Rep. Melissa Rooker, R- Fairway. “The […] 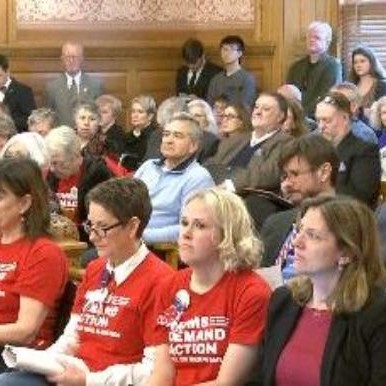 A Senate bill stalled in committee, but the push continued Wednesday to gain support for a House measure allowing state colleges and universities to continue keeping concealed guns off their campuses. The hearing was just like the one last week – standing room only, and several wanted their options heard. “I do not want to […] 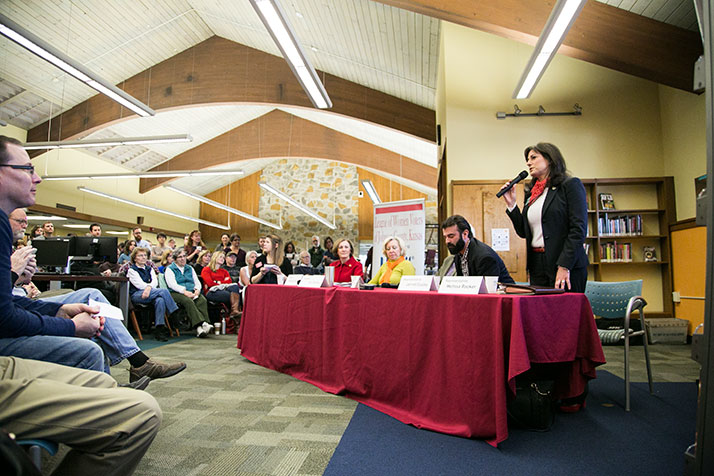 Capitol Update: ‘Skipping payments just adds to the deficit and creates major problems down the road’

Belated Happy Kansas Day! January 29 fell on Sunday this year so we will mark the 156th anniversary of statehood with special recognition ceremonies at the beginning of our session today. House Tax Committee has been taking a deep dive into the tax code through public hearings in the past week, looking at both income […] 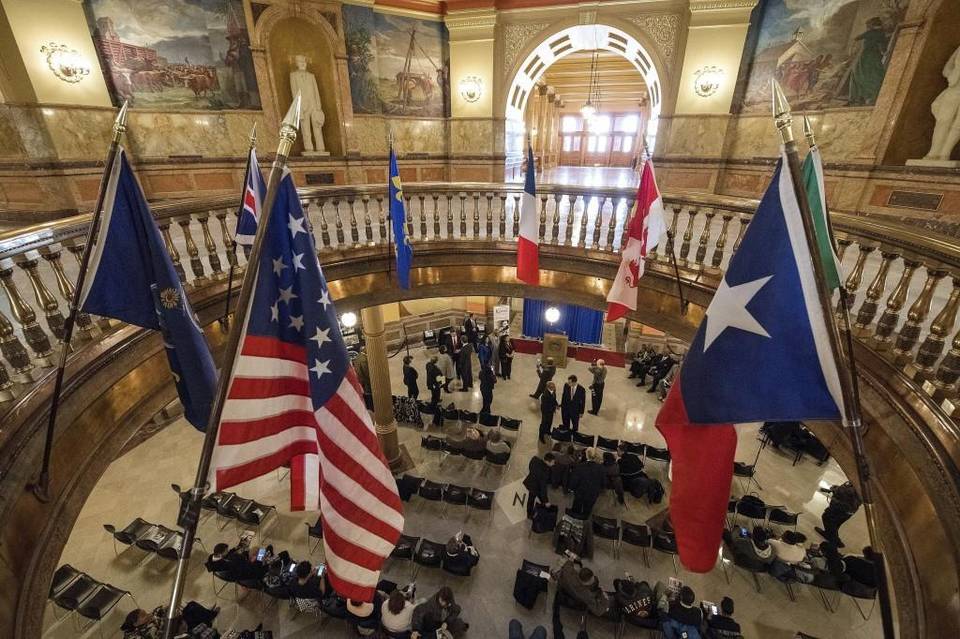 Five Johnson County lawmakers to watch during the 2017 legislative session

Kansas is short on money. Budget cuts, or creative financial moves, will have to be made in the coming months by state legislators. And a slew of Johnson County lawmakers will be at the center of those discussions in the Kansas Legislature. From leadership positions to vocal advocates on hot-button issues like education funding and […] 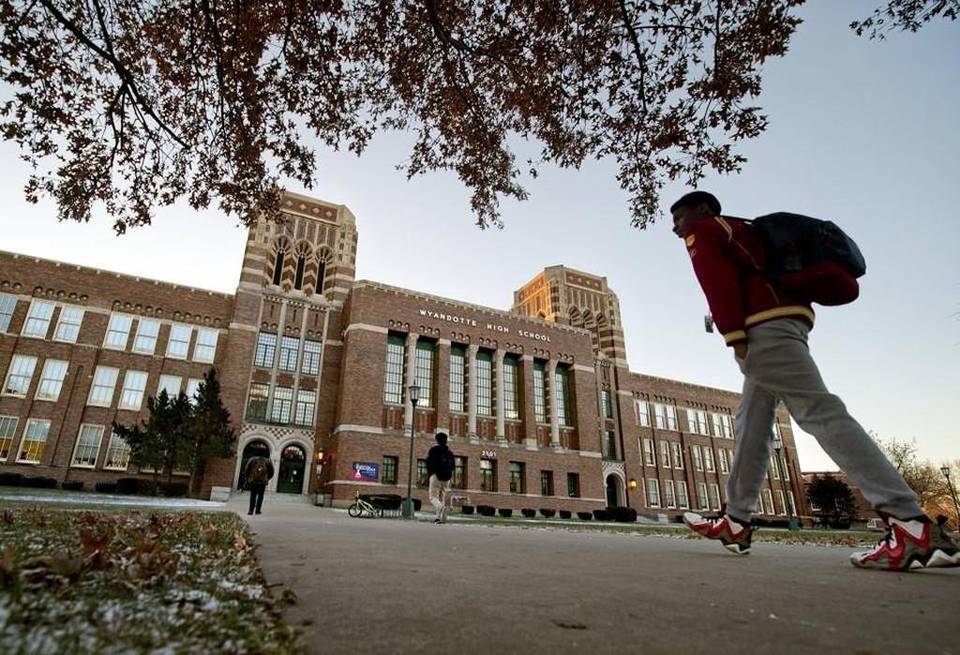 Across-the-board cuts to balance this year’s budget would take roughly $219 million from Kansas schools, according to a state memo. Lawmakers said Monday that the number was an exercise to see what the option would look like as they work to fix a budget gap of more than $340 million this year. Some lawmakers said […] 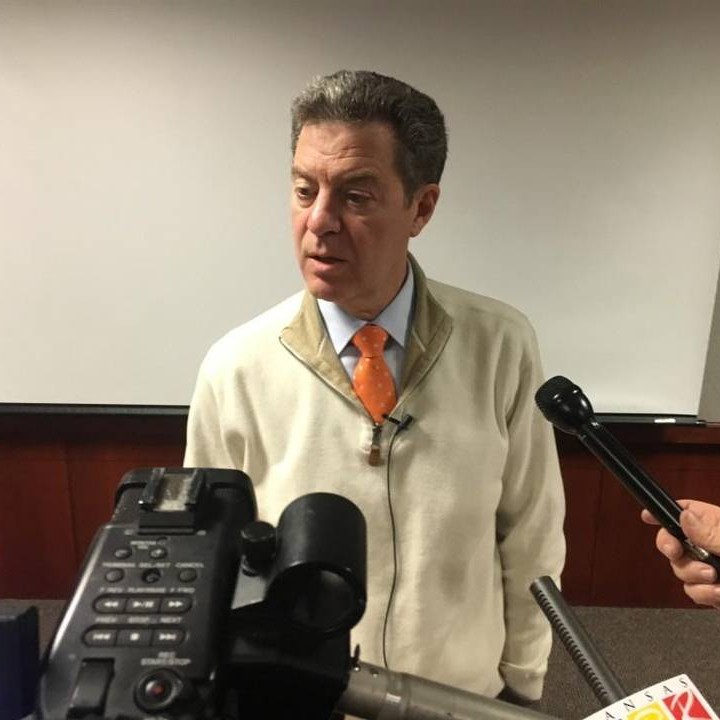 Time’s short in Kansas to fix the state’s budget shortfall. And while it’s still unclear exactly how lawmakers will solve the looming budget gap, it will be one of the first major challenges as the next session of the Kansas Legislature starts Monday. Debates over tax increases and a possible rollback of parts of Gov. […] 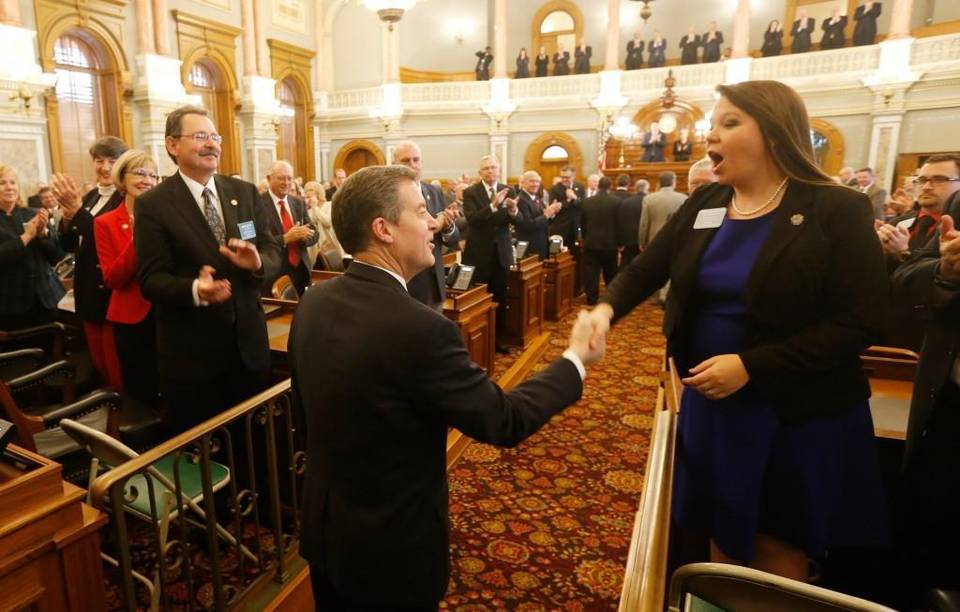 Even with financial shortfalls looming, Kansas Gov. Sam Brownback tried to strike an optimistic tone during his State of the State speech Tuesday. In the annual address to lawmakers, Brownback focused on new programs at a time when lawmakers are worrying about cuts to existing ones. He also challenged lawmakers to focus on education, and […]

Even with financial shortfalls looming, Kansas Gov. Sam Brownback tried to strike an optimistic tone during his State of the State speech Tuesday. In the annual address to lawmakers, Brownback focused on new programs at a time when lawmakers are worrying about cuts to existing ones. He also challenged lawmakers to focus on education, and […] 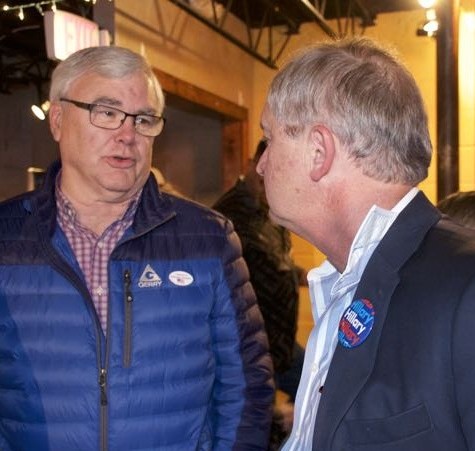 Democrat Jerry Stogsdill appears well on his way to capturing the Kansas House seat vacated by Barbara Bollier. Stogsdill is leading Republican Dorothy Hughes by a margin of 55 to 45 percent Wednesday morning in House District 21. Only 11 of the 19 precincts are included in that vote count. In the advance in person […] 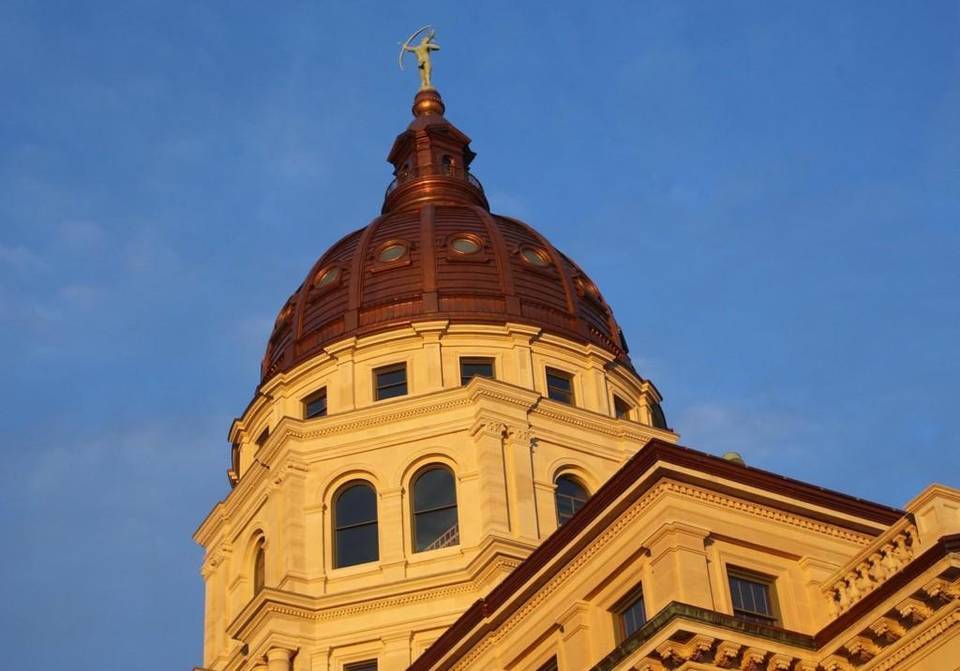 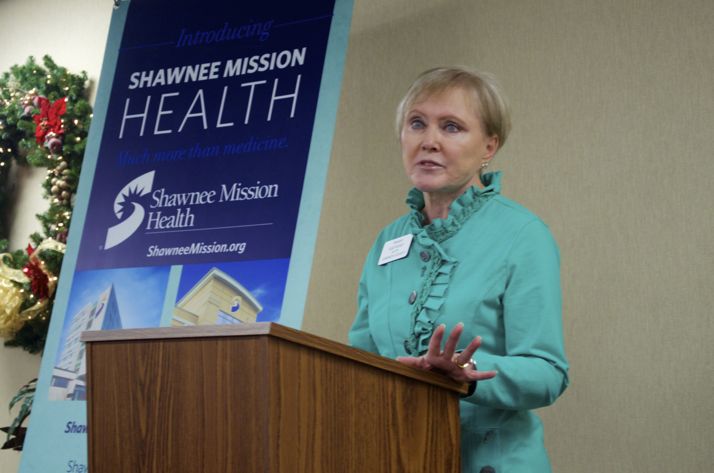 Readers weigh in on stoplights, equal pay and bigotry

I was told recently that the city manager, mayor and City Council representatives, including council members Katheryn Shields and Jolie Justus, have decided to ignore the expressed needs for safety represented by the stoplights at 49th and Main streets. The whims of developers supersede those of the neighbors. Brian Douglas, a Mariner vice president, said […] 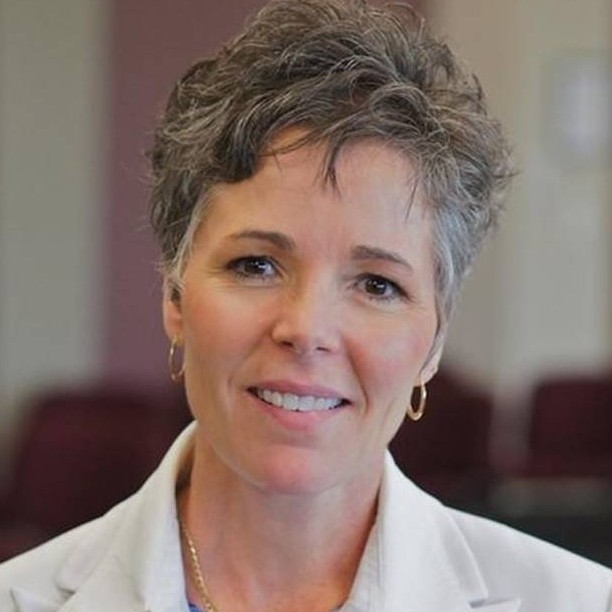 As all Kansans know by now, the good old boys in the ultra-conservative Republican power base of the Legislature seized a huge victory last week. They mowed over school superintendents, pushed past moderate GOP members and Democrats, and approved a $13 million cut in education funds. Wait, what’s that? None of that actually happened? In […] 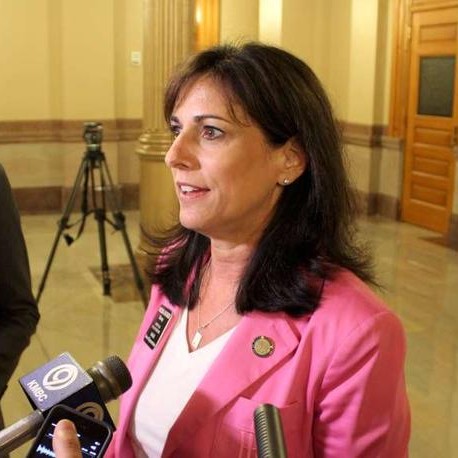 Much of the credit for keeping Kansas schools open is going to Fairway Republican Rep. Melissa Rooker and other moderates who put forward a plan that didn’t reduce school aid. Conservative leadership would’ve shaved a half-percent off the top of all schools’ budgets with their original bill. But Rooker offered an amendment that gave lawmakers […]

Kansas lawmakers have approved a school funding plan that they say will end the risk of a legal fight closing Kansas schools. The bill is in response to a Supreme Court ruling that says the funding system was unfair to poorer school districts. Democratic Sen. Anthony Hensley joined a large bipartisan majority Friday night that […]

Winners and losers in the crucial Kansas school funding decision

Over a span of less than 24 hours, Kansas public schools and the nearly 500,000 children they serve just went from being losers to winners in Topeka. The story of how that happened involved plenty of public pressure but also behind-the-scenes negotiations. The condensed version of events: ▪ On Thursday, a destructive proposal crafted by […]